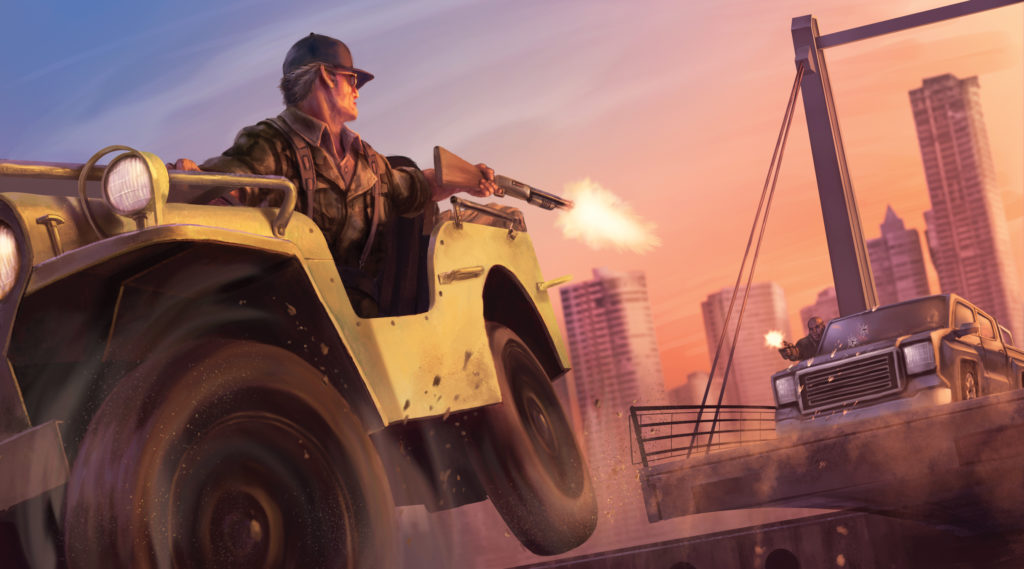 “Well cross that bridge when we come to it.”
– Quinn Sebastian

The Torg Eternity Kickstarter is now scheduled for late May. We know that many of you are excited and eager, but we promise that you’re going to get so much more out of this by waiting just a little longer.

The reason for this timing is that we have so many new add-ons, stretch goals, and upgrades to existing rewards that our information was no longer accurate. We had put together a great Kickstarter, but when we’re ready in a few weeks it will be a fantastic Kickstarter. And so much of what’s being added is going right into the bonuses that every backer will get. Overall, you’ll be getting a lot more at every level, and we need a little more time to get all of that ready.

To help fill the time between now and the launch date, we’re going to keep providing you with information. We’ll tell you about these new additions as we finalize them (although we do want to keep a few of them as a surprise). We’ll have other news about the game and about some of our upcoming events and appearances. And we’ll even be telling you about ways you can get involved!

We’ll also be introducing you to members of the team…and maybe a few other folks along the way.

Today we’d like to present Ross Watson, who is on the design staff for Torg Eternity. Here’s Ross talking a little bit about why he loves Torg: